It’s here! Look at the lovely cover for my YA romantic fantasy debut, NOBODY’S GODDESS, the first in The Never Veil Series, courtesy of Month9Books: 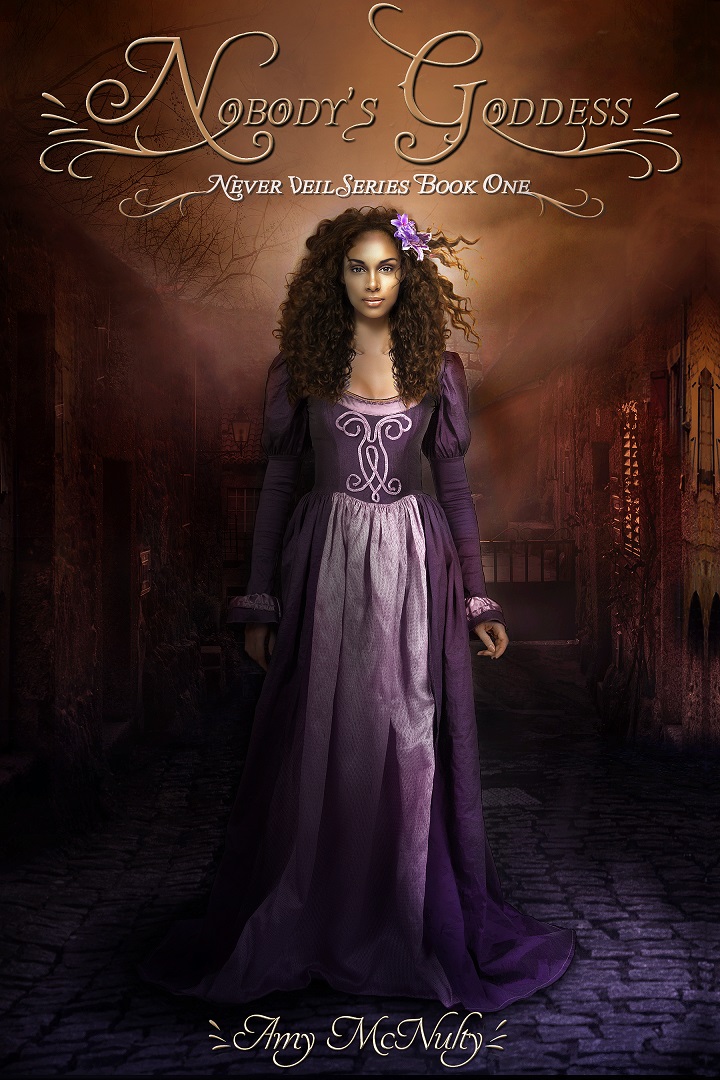 In a village of masked men, magic compels each man to love only one woman and to follow the commands of his “goddess” without question. A woman may reject the only man who will love her if she pleases, but she will be alone forever. And a man must stay masked until his goddess returns his love—and if she can’t or won’t, he remains masked forever.

Seventeen-year-old Noll isn’t in the mood to celebrate. Her childhood friends have paired off and her closest companion, Jurij, found his goddess in Noll’s own sister. Desperate to find a way to break this ancient spell, Noll instead discovers why no man has ever chosen her.

Thus begins a dangerous game between the choice of woman versus the magic of man. And the stakes are no less than freedom and happiness, life and death—and neither is willing to lose.

And if you’d like, enter the below contest sponsored by Month9Books for a chance to win a digital copy after its release on April 21st!