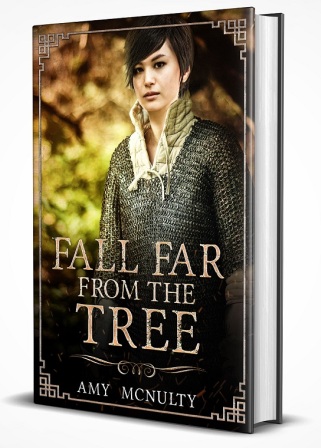 A Wattpad-first release. It was serialized on Wattpad for 28 weeks and was eventually removed from the platform in early 2017 (except for a first chapter preview). An e-book and paperback version was released through Patchwork Press September 6, 2016.

A Featured Fantasy work on Wattpad for six months from May to October 2016!

Terror. Callousness. Denial. Rebellion. How the four teenage children of leaders in the duchy and the neighboring empire of Hanaobi choose to adapt to their nefarious parents’ whims is a matter of survival.

Rohesia, daughter of the duke, spends her days hunting “outsiders,” fugitives who’ve snuck onto her father’s island duchy. That she lives when even children who resemble her are subject to death hardens her heart to tackle the task.

Fastello is the son of the “king” of the raiders who steal from the rich and share with the poor. When aristocrats die in the raids, Fastello questions what his peoples’ increasingly wicked methods of survival have cost them.

An orphan raised by a convent of mothers, Cateline can think of no higher aim in life than to serve her religion, even if it means turning a blind eye to the suffering of other orphans under the mothers’ care.

Kojiro, new heir to the Hanaobi empire, must avenge his people against the “barbarians” who live in the duchy, terrified the empress, his own mother, might rather see him die than succeed.

When the paths of these four young adults cross, they must rely on one another for survival—but the love of even a malevolent guardian is hard to leave behind.