Skip to content
Luna Lane’s witches, werewolves, and vampires welcome you to the Spooky Games Club—in which even the winners could find themselves six feet under. This cozy paranormal mystery is perfect for fans of Adele Abbott, Amanda M. Lee, Nancy Warren, Angie Fox, and Sara Bourgeois. With a witch’s broom that acts like a pet and a focus on games, Spooky Games Club Mysteries also weaves in themes familiar to cozy pet mystery and cozy craft & hobby mystery readers.

After the disaster of the month before, Dahlia Poplar, cursed witch and helper extraordinaire, is ready for her serene, supernatural small town life to return to normal. However, her hopes for a more peaceful existence don’t last when a childhood friend moves back to Luna Lane to open up an escape room.

With the Spooky Games Club thriving, Dahlia decides to help her friend by using her magic to quickly get his business up and running. Dahlia’s enchantments accomplish the task, but before the Games Club has a chance to enjoy the new attraction, a test of the escape room results in a freak, fatal accident. Riddled with guilt, Dahlia wonders where her enchantments went wrong—or if there’s something more to the disaster.

The only way to divine whether or not the death was her fault, the result of an accident, or murder is to investigate—and perhaps even play the dangerous game herself. In this one-hour escape room, failure to escape could mean death, not just for Dahlia, but for those she holds most dear.

Amazon: https://www.amazon.com/dp/B08GNTZZY2/
Goodreads: https://www.goodreads.com/book/show/54178502-enchantments-and-escape-rooms
Paperback available widely
Early reviews say:
“I enjoyed this one even more than the first one. It kept me guessing right up to the big reveal! Now I want to visit an escape room…”

“The second installment of the Luna Lane adventures is even better than the first. The character development is wonderful. A totally unexpected villain, new characters and fast pacing is making this a new favorite series.”

“Things go wonky when the escape room is tested. From there, this author will keep readers entertained with twists and turns as well as a big surprise.”

“This is the second book in this series and it’s just as good as the first. Lots of action and well developed characters plus a unique spin on a curse.”

Don’t forget to check out Book 1 in the series if you haven’t yet! 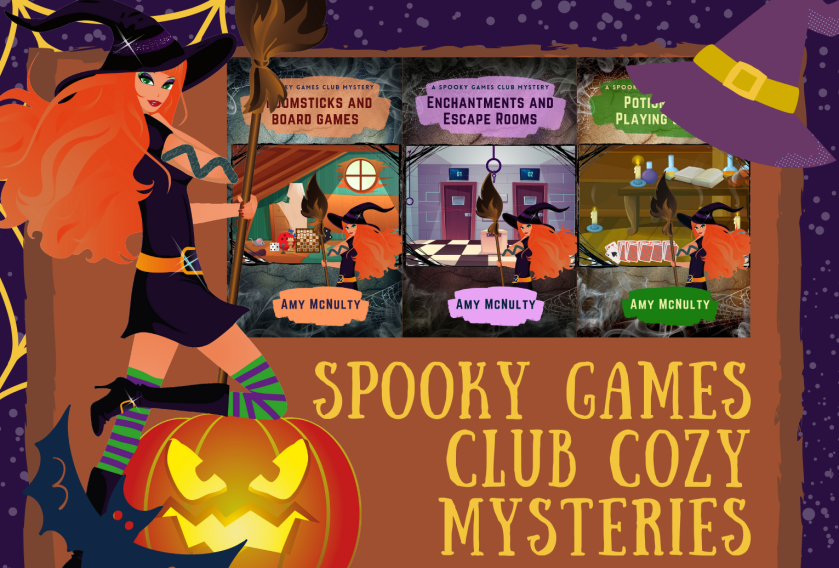