Today’s the cover reveal for TEARS & CRUOR, the fourth book in the Blood, Bloom, & Water series, which I hope to have out in the last quarter of 2019! Thanks as always for this series to Najla Qamber Designs for this amazing cover. Spoilers for Books 1-3 in the series abound: 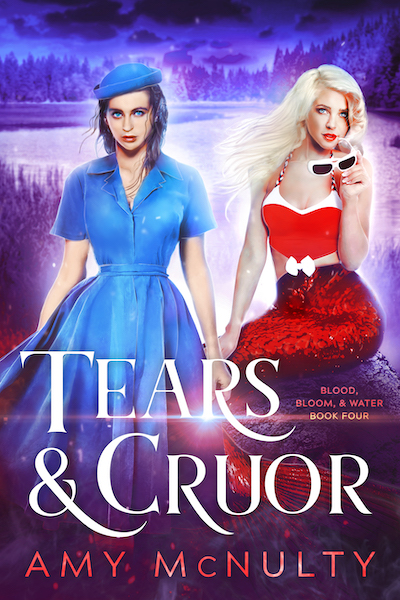 A traitorous mermaid champion. The vampire champion who just wants to see this war end. The battle between blood, bloom, and water is about to come to a head.

Ember Goodwin knows it looks bad that she’s now the champion of water, but she firmly believes that the ends justify the means. Though smitten with her merman prince, she’s beginning to question his motives and promises—and she won’t allow herself to be duped again.

Ivy Sheppard never saw herself crossing sides to become the champion of blood, but it’s the only way to protect her little sister from their treacherous step-sister. What she doesn’t expect is to fall in love with an undead prince whose days might be numbered.

The fourth book in the Blood, Bloom, & Water series sees friend become enemy and adversary become lover in the climax of the battle between vampires, mermaids, and faeries. After the events that unfold, things will never be the same.

While I’m at it, I’ll announce the title of Book 5 (the final book) in the series: VINES & FLORETS!

(Below is the full paperback cover with a placeholder blurb.) 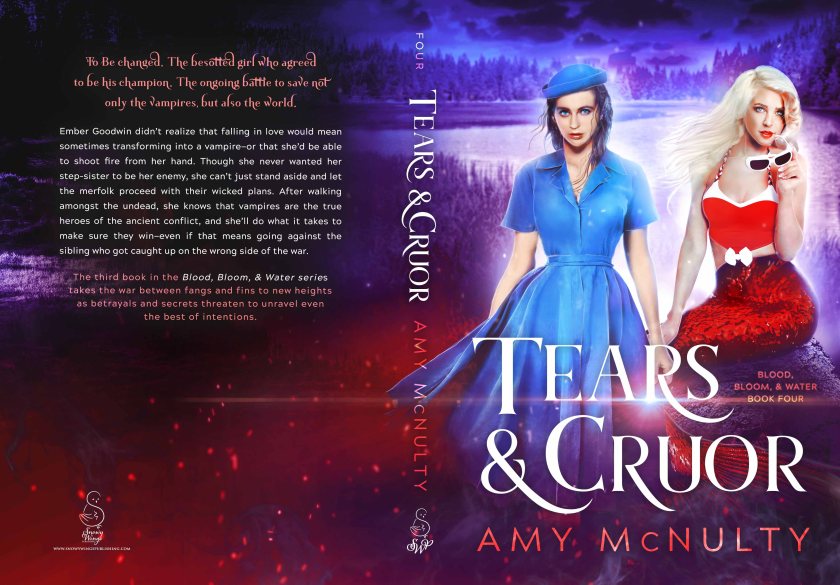