NOBODY’S PAWN Is Out in the Wild! 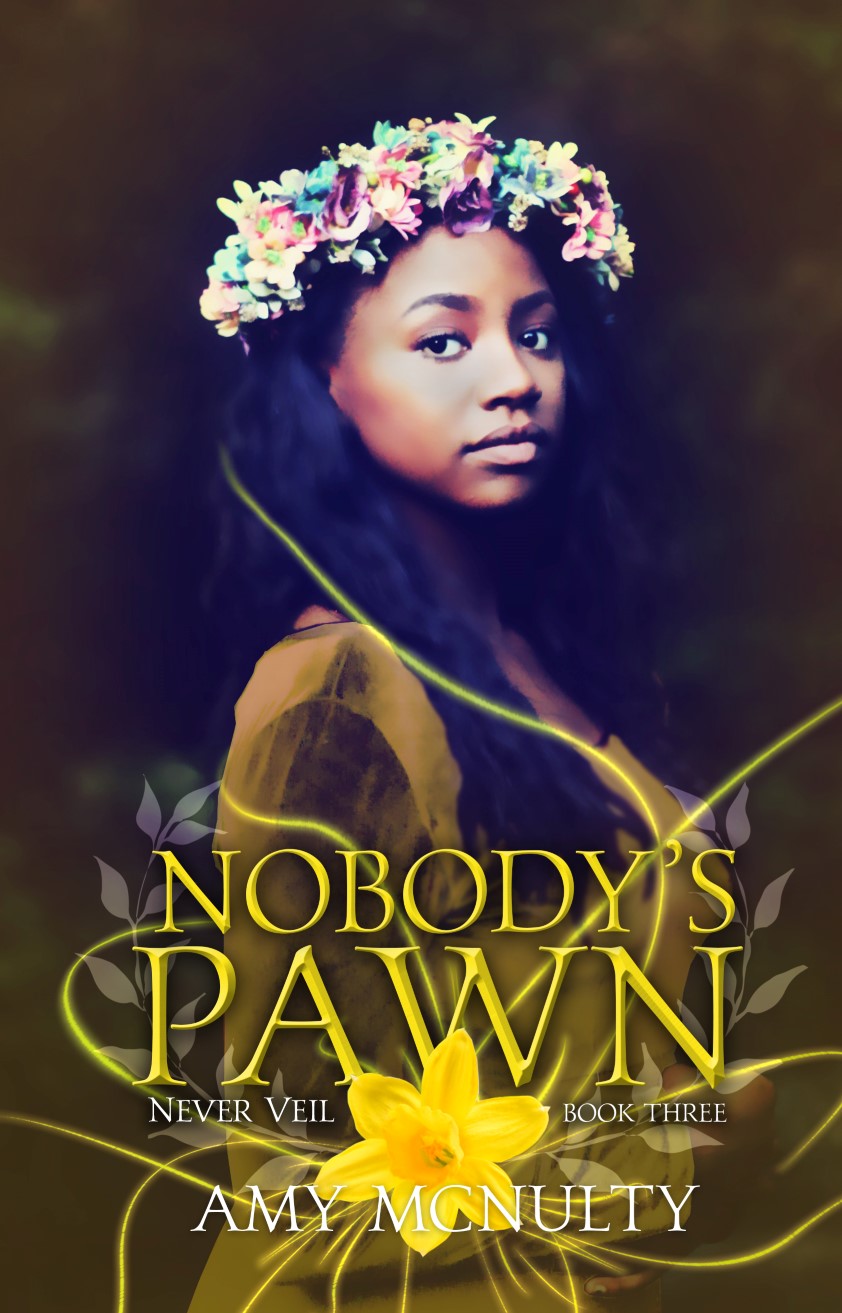 Men can love, but they can also hate. Noll knows too well that the men in her village have adjusted poorly to the freedom of their hearts, but she hopes to bring peace back to her community. With the lord’s return, Noll feels confident that together, they can work to settle down the villagers, but in his rebirth, he remembers only one thing about her: that she caused the curse that tortured him for a millennium in the first place.

Determined to start anew, Noll must accept that, romantically, she and the lord are better without one another, but she’ll need his help to uncover what’s really behind all of the suffering in her village. Escorted to a land beyond the mountains, Noll uncovers the truth about her village and the strange occurrences in which she’s had a hand. When someone who loves her discovers the same things and betrays her, Noll feels powerless to stop her village’s fate. By learning to forgive and seek forgiveness, Noll finally understands true love of a free heart—along with true sacrifice.

It’s important that Kobo and Nook readers act fast, as the book will only be available for the foreseeable future on these platforms for about a week! Why? Learn more below! But first, a LONG look back at the evolution of this series.

It’s bittersweet to see The Never Veil Series come to an end. The seedlings of Noll’s story began 13 years ago in 2003 when, determined to make my life-long dream of being a published author come true, I decided to actually put words to paper (or digital screen) and try to get it done. I was a sporadic writer at best, and I could never quite get a handle on the story I had in mind. I knew one thing, though–I wanted to write a fantasy story with a willful heroine and a Byronic hero, my homage to my favorite film of all time, Jim Henson’s Labyrinth. By 2012, it was a ridiculous 129,000 words and only “halfway” finished in my mind. I didn’t have the drive or the follow-through to plot a full story. Then I read The Hunger Games trilogy (late, I know) and fell madly in love with the series. I hadn’t felt that way since Harry Potter. I wanted so badly to try again–to be an “author” for real, to write stories like those I loved. 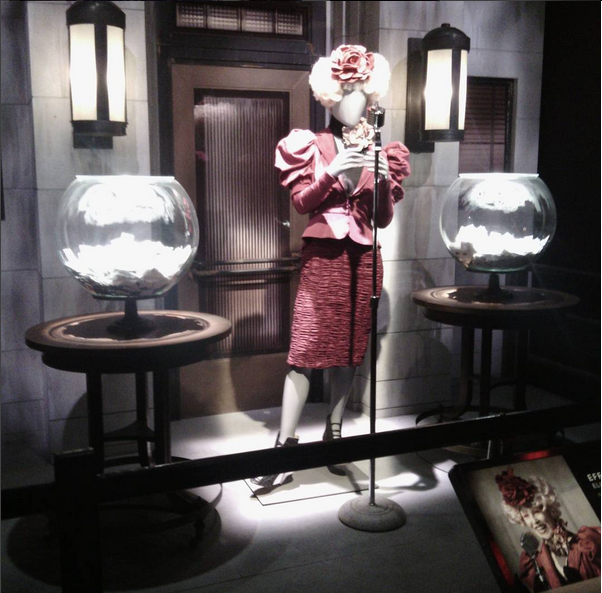 One night, shortly after I finished Mockingjay, I thought about my meandering, endless story and how I could make it shorter and make it work. I thought about the elements I loved the most–the stubborn heroine, the moody hero hiding himself behind a veil, and the two of them forced to co-habitate in his castle–and how I could make a more compelling story out of them. I was in a dystopian mood (this was long before “dystopian fatigue” set in), and I wondered why more dystopians weren’t set in medieval-like settings instead of always grim futures. It hit me that maybe the lord shouldn’t be the only one in town forced to cover his face–maybe every man in town should. Maybe, in a reversal of popular dystopians where women are forced to marry men and have their children, men should be forced to fall in love and be subjected to women’s whims. Maybe, then, Noll (then called Feilia!) wasn’t the only “special snowflake” in town. Maybe all the women were loved like a special snowflake–maybe every woman was a goddess. (Of course, in the end, Noll was still far more of a special snowflake than the average goddess after all.) 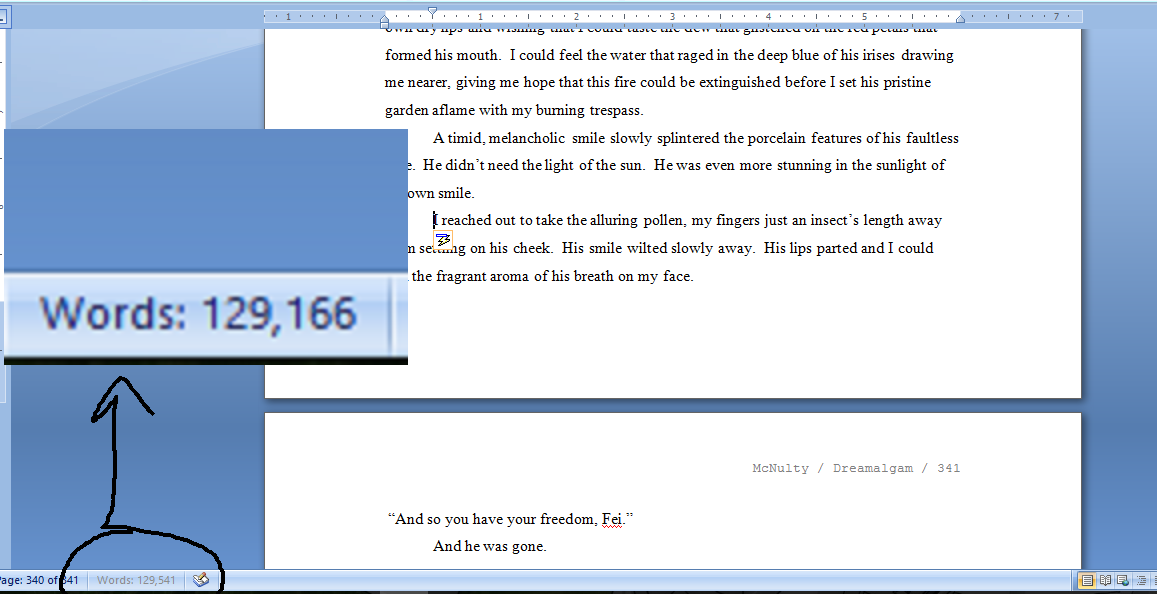 I set aside my favorite scenes from that meandering draft and wrote like mad for nine days. “It won’t take me long,” I figured, thinking I could salvage more from that draft than I eventually could. It was a light work week for me and somehow I managed to write 50,000 words in those nine days, although I had trouble sleeping and eating–I had to keep writing. I changed those few scenes I was able to salvage and added an additional 5000 from that draft. 5000 words out of 129,000. But still, those words I wrote so long ago made it into NOBODY’S GODDESS today. (I remember actually playing the chess game way back in like 2005 to see if it could work out the way I wrote it did!) When I was finished, I had The Veiled Man’s Goddess, my first completed manuscript and the first book I could ever try to get published. 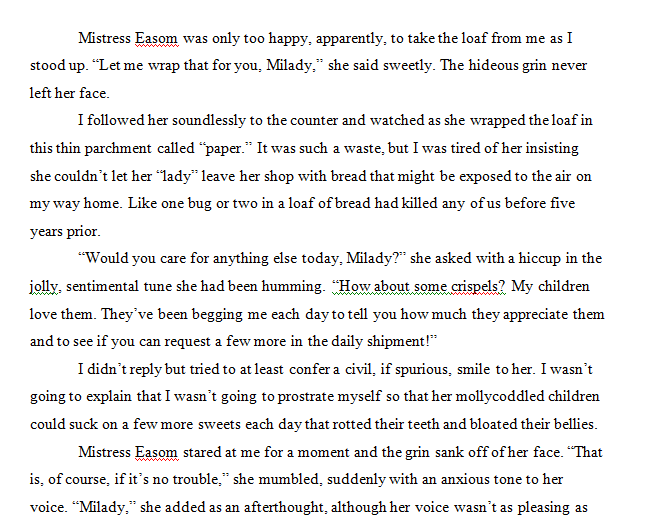 It was a long, crazy road after that. Eventually, through countless edits and revisions, the book grew from a too-short 55,000 words to a just-right 85,000. I got an agent, who was amazingly enthused about my work and made me think there might be a day when I could share Noll with the rest of the YA community and hold my book baby in my hands. I plotted out the two sequels shortly after I signed, so eager to work on them, I even wrote three sample chapters of NOBODY’S LADY. (Then called something dull like Behind the Veil.) But there was no guarantee anyone would buy the book, so there was no point in writing the sequels, as much as I wanted to. Every time a publisher expressed interest, I got my hopes up! Several “big 5” publishers shared kind words and one even asked for a revision. (Several others were not impressed, naturally!) Ultimately, the revision notes didn’t feel like the right direction for my story, but I tried rewriting it anyhow, feeling traditional publication within reach and eager to get there. In the end, that editor passed, as did many, many others.

We decided to go the indie route by 2013, which led to finding the book’s first publisher and to finding many of you, my readers! That opportunity raised my spirits and gave me hope. My book babies would get published and I had the go-ahead to finish Noll’s story! I wrote both NOBODY’S LADY and NOBODY’S PAWN in 2014, struggling more with the smaller second installment than the longer third. All three books were written by the time the newly-renamed NOBODY’S GODDESS was published in 2015 and I was finally able to share my strange little story with so many readers. So many reacted so positively, I was overwhelmed! I know there are a lot of people who hated Noll, my poor main character (I love her, stubborn or not!), but I hope a number of them stuck with the series all the way through, as it’s been so much fun to have her grow as a person and mature. Look up reactions to Labyrinth‘s Sarah, who loosely inspired her, and you’ll find they’re much the same! I just feel that Noll is a flawed person who seems stubborn and selfish to a fault–but she lives in a world where that’s one honest reaction to everything going on around her, especially in a young adult. She learns how to be more selfless over time, just as the lord learns to correct his faults.

Things have changed. My agent and I parted ways (although I still think he’s amazing and helpful), as did my first publisher and I. I found a new publishing home at Patchwork Press, which has offered to take on more of my book babies and gives me a level of control I don’t find outside of co-op publishing. I don’t know if I’ll ever find an agent or get that close to “traditional publishing” again, but I’ve decided that’s okay. When I tried for traditional, I was faced with the prospect of shelving NOBODY’S GODDESS and writing something new to be my YA debut. I really didn’t want that because I really believed in this story. If that means I’ll be an indie author from now on, then that’s fine with me–because being an indie author let me find a way to keep my stories from gathering digital dust on my hard drive. It’s let me make my dream a reality. And it’s let me share those dreams with you. I hope you’ll stick with me and check out the other worlds and stories I still have to share with you.

The Never Veil Series on Kindle Unlimited and New Paperbacks! 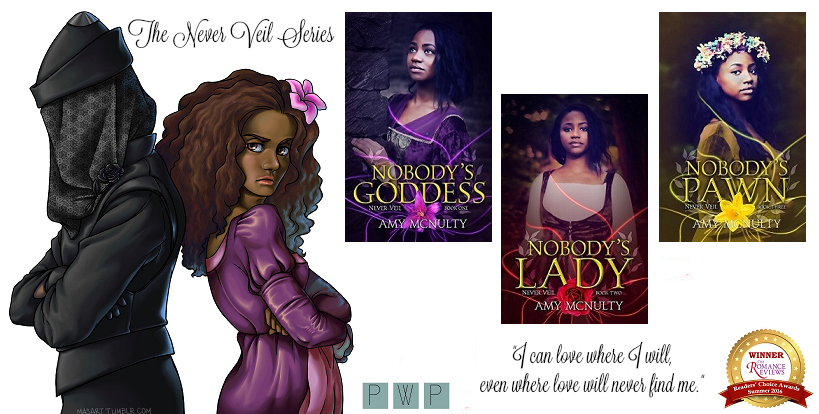 NOBODY’S GODDESS and NOBODY’S LADY are now available on Kindle Unlimited, which means that for one low monthly subscription fee, you can read both books and countless others for free! If you’re already read them, please spread the word to your friends and family with Unlimited access!

The books have gained even more readers by becoming available via this subscription service, so I’ve decided to keep the entire series there for the foreseeable future. That means the e-books won’t be available on any other platform besides Amazon. However, I realize a number of fans first found the books on Kobo and Barnes & Noble, so I want to give them a chance to pick up NOBODY’S PAWN before I pull the book from these outlets and offer NOBODY’S PAWN via Kindle Unlimited as well. If you’re an Unlimited reader, hang on a few more weeks and you can read the third book for free with your subscription.

For those of you who love the new covers, thank you! I love them, too. *-* I’m happy to report the paperbacks for all three are available as well! They’re the same height and width as the old versions, although the new formatting makes them a tiny bit thicker. However, if you already own the old versions and you only want the third book, which is available for the first time, they shouldn’t look wrong together on your shelf! 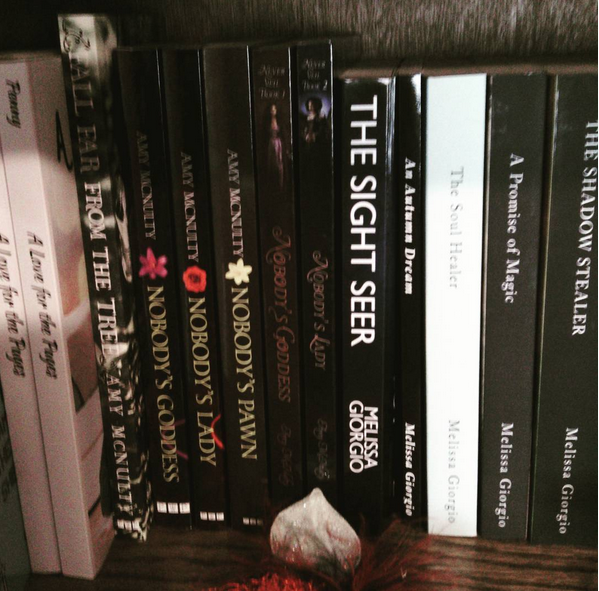 Remember, these new editions include bonus material, such as a scene written from the lord’s point of view, and previews of my other work. Look for them at other retailers such as CreateSpace and Barnes & Noble as well–or even ask your local bookstore to order them!

2 thoughts on “NOBODY’S PAWN Release Day! (The End of The Never Veil Series)”