The Fall 2015 YASH is over! I’m going to leave Cecil’s bonus material up, though, since it’s pretty cool and needn’t be exclusive. 😀 Enjoy!

Princess Leia returns for an all-new adventure in this thrilling upper middle grade novel. Set between Star Wars: The Empire Strikes Back and Star Wars: The Return of the Jedi, the story follows the warrior princess as she leads a ragtag group of rebels on a dangerous mission against the evil Galactic Empire. Hidden in the story are also hints and clues about the upcoming film Star Wars: The Force Awakens, making this a must-read for fans old and new. 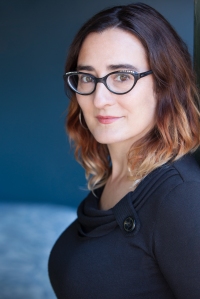 Cecil Castellucci is the author of books and graphic novels for young adults including Boy Proof, The Plain Janes, First Day on Earth, The Year of the Beasts, Tin Star, Stone in the Sky, Moving Target: A Princess Leia Adventure and the Eisner-nominated Odd Duck. Her picture book, Grandma’s Gloves, won the California Book Award Gold Medal. Her short stories have been published in Strange Horizons, YARN, Tor.com, and various anthologies, including Teeth, After and Interfictions 2. She is the Children’s Correspondence Coordinator for The Rumpus, a two-time Macdowell Fellow and the founding YA Editor at the LA Review of Books. She lives in Los Angeles.

Cecil prepared some incredible treats for those of you on the hunt: Star Wars songs, including one she wrote and sung herself! (♥ó㉨ò)ﾉ♡ What an amazingly talented individual! Here’s her message:

I couldn’t believe it when I was asked to be the one to write the new Princess Leia novel for the Journey to the Force Awakens Series. Moving Target takes place between The Empire Strikes Back and Return of the Jedi, which is such an interesting time for Princess Leia.  I’ve been a long time Star Wars fan ever since I saw Episode IV: A New Hope.  It’s the reason I became a writer!  Before I wrote books, I was in a band where I played under the name Nerdy Girl and Cecil Seaskull. (P.S. You can find my music on Spotify, iTunes and other streaming places.)  On my first album, I wrote a song about watching Star Wars for the first time. So here for you is my song Nerdy Girl by my band Nerdy Girl.  And to continue your nerdy enjoyment, I’ve made a little list of some other songs about Star Wars that I enjoy that I think you’ll enjoy!

May the Force Be With You!


As a special treat for visiting my site during YASH, I’m giving away an e-copy of NOBODY’S GODDESS through the Rafflecopter giveaway below! 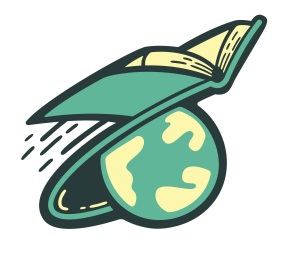