It’s release day for TURN TO DUST AND ASHES, the second and final book in the Fall Far from the Tree duology! I want to thank the readers who enjoyed the first book and reached out to me because although I know the story wasn’t fully told after just one book, I wasn’t sure I was going to go back to this world to finish the tale since I wrote the first book four years ago now and I have other projects on my to-write list. This book literally exists because some of you asked for it!

Watch for the paperback version in the next few weeks! The paperback will be available widely at outlets such as Amazon, Barnes & Noble, and Book Depository.

To celebrate, the e-book of Book One in the series is just 99¢ during release week! Both are free on Kindle Unlimited. 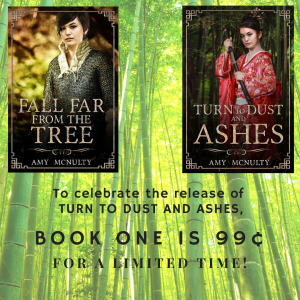 (Click here for more Book One links to get the paperback!) 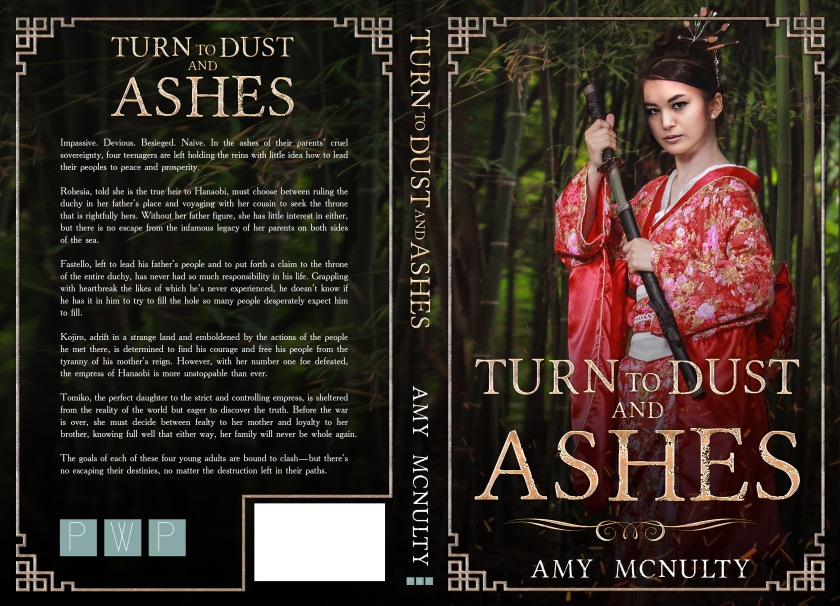 Above is the cover for the second and final book in the Fall Far from the Tree duology, which I can now announce is publishing September 5th! That means I have a lot of work ahead of me in the meantime, but I can’t wait to share the rest of these characters’ journeys with you. Below is the blurb (spoilers for Book One), too:

Turn to Dust and Ashes (Fall Far from the Tree #2)

Impassive. Devious. Besieged. Naive. In the ashes of their parents’ cruel sovereignty, four teenagers are left holding the reins with no idea how to lead their peoples to peace and prosperity.

Rohesia, told she is the true heir to Hanaobi, must choose between ruling the duchy in her father’s place and returning with her cousin to seek the throne that is more rightfully hers. Without her father figure, she has little interest in either, but there is no escape from the infamous legacy of her parents on both sides of the sea.

Fastello, left to lead both his father’s people and to seek the rule of the entire duchy, has never had so much responsibility in his life. Grappling with heartbreak the likes of which he’s never experienced, he doesn’t know if he has it in him to try to fill the hole so many people so desperately want him to fill.

Kojiro, adrift in a strange land and emboldened by the actions of the people he met there, is determined to find his courage and free his people from the tyranny of his mother’s reign. However, with her number one foe defeated, the empress of Hanaobi is more unstoppable than ever.

Tomiko, the perfect daughter to the strict and controlling empress, is sheltered from the reality of the world but eager to discover the truth. Before the war is over, she must decide between fealty to her mother and loyalty to her brother, knowing full well that either way, her family will never be whole again.

The goals of each of these four young adults are bound to clash—but there’s no escaping their destinies, no matter the destruction left in their paths.

Catch up with Fall Far from the Tree, Book One in the series! 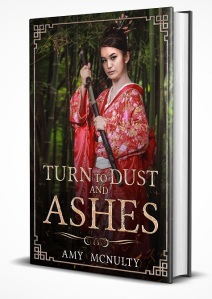